SIOUX PRO is the brand-new version of the IP & PoE CIAS fence system for external perimeter protection, which since 2012 has been installed in many sites worldwide with great results and many awards. 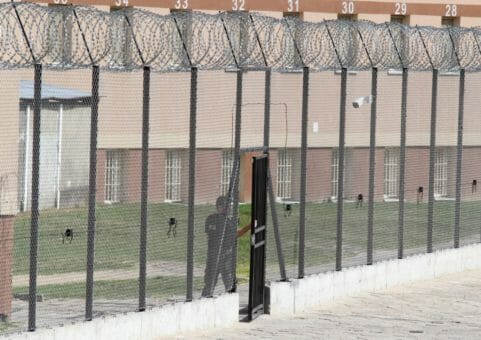 The system, now managing an extended perimeter up to 1.500m, comprises kits of MEMS sensors constantly exchanging data from the field to the CU, the heart of the system which performs a full analysis of the whole information received.

The perimeter is divided via Sioux-Test Pro software into up to 80 alarm zones keeping a definition of 1m pinpoint, and full integration to major CCTV and VEMS platforms.

This new release introduces a very important feature: the enhanced cut-immunity, i.e. the possibility of managing up to 1 cut in the connection cable per each branch, with no loss of functionality by the whole system. This feature is of utmost importance in very high-risk sites, besides being the most difficult to obtain in any fence system.

In fact, it is implemented by putting 2 circuits at the end of the 2 branches, so to close the communication loop of the IP network itself in which the Controller is installed, activating a backup polling.

Moreover, up to 19 insulators can be added per each branch, to make it short-circuit proof in case of cutting of the communication cable. 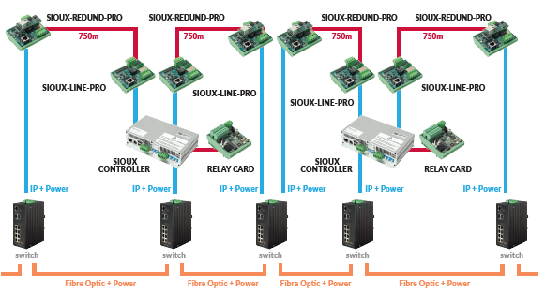 SIOUX-PRO, based on the innovative technology, giving very precise and stable measurements in different environmental conditions, discriminates false alarms and detects intrusion attempts at excellent level. It is available at catalogue.