How to prevent the Airplane collision..

Home / News @us / How to prevent the Airplane collision..

How to prevent the Airplane collision.. 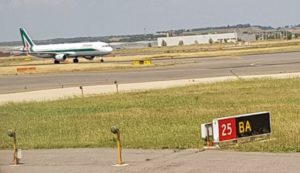 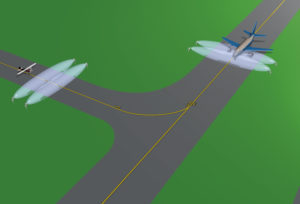 For over 40 years, CIAS manufactures microwave barriers especially for security uses, but not everyone knows that ERMO482XPRO digital microwaves with fuzzy logic are also used to manage taxiways, taxiway-links (paths at airports to access major runways), Runway Incursions that automate the turning-off of Lead-On lights after a GO command at a Stop-Bar.

This technology, and in particular K-band models at 24 GHz, proved to be the most reliable for immunity to Radio Frequency Interferences that lie in proximity to airport runaways. This opinion is also shared by ADR (Aeroporti di Roma) that had a direct experience at Leonardo da Vinci–Fiumicino Airport where over 70 Ermo 482x Pro barriers were installed to support Air Traffic Control. The result they highlighted is a reduction up to 95% of alarms not generated by the real presence of aircrafts on the runways compared to the previously used standard analogic technologies. Obviously, all this did in no way affect reliability assurance of real detection. In airports there are different electromagnetic interference sources, some of them of high intensity: first of all the ground radar, after the Instrument Landing System and going on with radio communication between aircrafts and ground control, etc. The deployment of CIAS microwaves barriers allows to overcome these problems. The model usually used in these contexts is ERMO 482X PRO, equipped with 24 GHz antenna capable of generating a MW beam very coherent and managed by the sophisticated signal analysis based on FUZZY logic rules. The consequent result leads to remarkably increase the capability to detect the real presence of aircraft or other vehicles on the runways, almost totally removing the effect of the abundant existing interferences and the consequent disruptions due to false detections.

Many Italian and International airports are already equipped with this CIAS technology and many others are about to adopt it to increase not only perimeter anti-intrusion security, but also anti-collision safety to support ground air traffic control.

For any further info please send an e-mail to: info@cias-security.com

We are hiring a BDM for the US branch
Milestone and Cias ensure high-security….